January is the month of predictions in IT. While I do not have a crystal ball, I will not claim that 2019 will be the year of VDI or the year of Linux on desktops. Instead, I would rather like to focus on the Solid-State Memory industry.

My gut feeling is that 2019 will be a tie-breaker year regarding mass adoption of flash storage. Why? Because QLC 3D NAND, that’s why! Seriously, there’s a lot of innovation going on from all of the semiconductor manufacturers; billions have been invested during 2018 for plant extensions, and China is starting to wake up by building its own domestic industry. More importantly, iterative improvements in 3D NAND technologies are not only allowing more layers for each generation, but also more density by moving from TLC (Triple Layer Cell) to QLC (Quadruple Layer Cell). With QLC 3D NAND, we are finally reaching density levels that bring us very close to the density of hard drives, while still operating at sensibly lower latencies (even if those capacity-class flash media are still connected via the SATA / SAS interface).

Will this major shift lead to the demise of the HDD? Perhaps not, but it will further weaken the position of HDDs on the market, with little to no incentive to adopt HDDs – this can be discussed for long term capacity storage though.

The other interesting trend for me is what will happen with 3D XPoint. Now that Micron has officially decided to purchase their stake of the IMFT joint venture with Intel after last year’s split, it’s realistic to expect to see a Micron implementation of 3D XPoint technology in 2019 (with at least some initial prototype by Q2 / Q3). While this would technically be a Gen1 3D XPoint product from Micron, it would perhaps be more realistic to see this as a Gen2, because Micron has already Gen1 experience from their former joint partnership with Intel. And talking about Intel, it would also be realistic to see them working on a next generation of their Optane product line, not only for pure R&D purposes, but also because they now have a competitor in that space.

I could go on an on about those exciting topics, but it would be a very long chunk of text. In fact, I like this topic so much that at TECHunplugged we wrote a brand new research paper entirely based on the topic. Go download your free copy of the TECHunplugged Industry Insights Solid-State Memory Industry in 2019. This 12-page independent research paper covers all of the topics above (and much more) in a very extensive fashion. 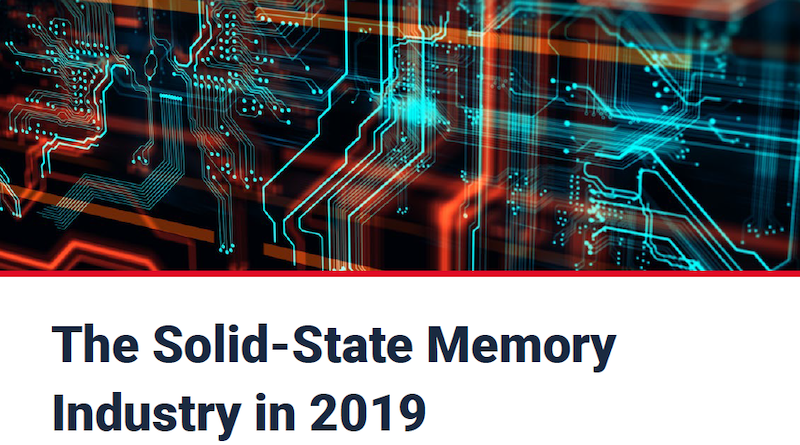 I hope you will have a good time reading this document. It will hopefully bring more clarity about where we’re heading towards, while understanding better how we got where we are now in this industry.